Established in 1974, Brocks Haulage Ltd is a family run organisation that prides itself on a reputation built on honesty and trust.

With an extensive client base across the Southeast / Essex / Kent / East, North & South London and having fulfilled contracts further afield, the company undertakes large bulk excavations, working to environmental legislation, with a complete trail of analysis, acceptance and disposal.

Brocks had tendered and won a new contract but to meet the deadlines they urgently needed to acquire 4 additional Artic Tipping Trailers. However, their working capital had recently been utilised to purchase 4 Scania 8x4 tippers, this had restricted their short-term cash reserves. 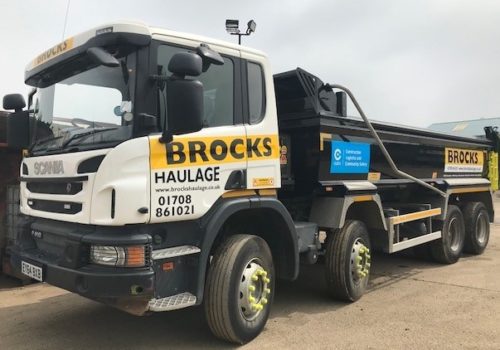 Firstly, Clear Business Finance secured a credit acceptance for the refinance of the 4 recently purchased Scania 8x4 tippers. We then obtained an approval for the acquisition of the additional 4 artic tipping trailers. All 8 assets (new & existing) were combined onto one Hire Purchase agreement. Upon activation of the contract Brocks received payment from our lender for the refinance of the existing Scania 8x4 Tippers and the supplier of the new trailers was paid in full directly by the same lender.

Brocks had just doubled their fleet and at the same time had more money in the bank should another opportunity present itself. Clever finance indeed!

Find out if your business is eligible for financial support

Ask yourself, what are your ambitions and how can your business achieve them? Here are a few recent examples of how companies like yours are fuelling their growth plans with the right financial support.
View all Case Studies
EQUIPMENT FINANCE
Amount Financed

We all want the right tools for the job, so you will be pleased to hear we’ve made acquiring equipment a whole lot easier.
#DealOfTheWeek

Always want the latest technology?
Well this is how we’ve helped businesses to keep up with ever-evolving computer-controlled machinery. #DealOfTheWeek

Still have questions?
Why not speak to a real person!
Expert help, whenever you need it.

We are here to discuss your options, assist with existing agreements and are more than happy to take applications over the phone.

Alternatively, here you will find the answers to some
frequently asked questions relating to our products and services.